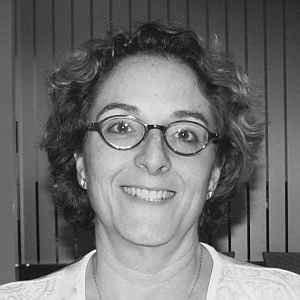 or use this form.


My story isn’t horrific. It probably isn’t even unique. But I want to share it because it explains why I am so keen to reach out to people who are hurting, or frustrated, or stressed, or scared as a result of an interaction with the IRS. Such feelings were, in fact, only a few of those I experienced when I was going through the IRS audit that changed my life. If I can give a voice to others who have gone through the same, then maybe I can turn my experiences, in a small way, to the good.

One day in September, 2013, I went to my mailbox and saw two notices from the IRS; one was addressed to me, the other to my husband. I later discovered the IRS had wanted to ensure that we received the notice and so sent each of us the same letter. They did this with each and every piece of correspondence we received over the following two years, which would be the duration of the audit that these letters initiated.

The notice conjured so many emotions in me because: 1) my husband owned a small business and, as a sole-proprietorship, we filed jointly, so the return included the income that I had earned from my employer, as well as the Schedule C that related to his business, in which I had been only slightly involved; 2) I quit my job to take care of my husband before he underwent a massive surgery in May for esophagus cancer, and to take care of his business during his treatment; 3) he was in the second month of chemotherapy, and was preparing to start terribly invasive thoracic radiation treatment.

I remember the walk back to our house from the mailbox like it was yesterday. My heart started beating so fast that I could feel the pulse in my neck. My life seemed to flash in front of my eyes in the way described by people who have near death experiences. I was so scared that I even wept. My first inclination was to hide the request from my husband because all I wanted him to think about was getting better. I didn’t want to cause him stress about anything – least of all an IRS audit. Of course, I didn’t hide the letter from him, and I was glad I didn’t. He reminded me he had purchased Tax Audit Defense insurance, a service offered by TurboTax to support and protect its users in just such a situation as we were now facing.

The first thing I did was to dig out James’ Tax Audit Insurance policy and contact the company. They assigned a representative to our case and she was a God-send. But of course, neither she nor anyone else could hold back the flood of “requests” from the IRS that arrived month after month, and the stress that went with them as I tried to field them while caring for my husband.

I’ve rewritten this story in my head so many times. I often wonder how many people have similar stories, in which they too felt defenseless against the IRS, while battling some other tough challenge in their life – perhaps a debilitating illness, or some other family hardship - that makes an IRS audit even more daunting than it might otherwise be. There must be many of us.

The original request from the IRS was for documentation for almost everything listed on my husband’s schedule C. I kept thinking, maybe they will let this go away after they hear about what we’re going through. That wasn’t the case. The best I could hope for, according to Susie English-Lee, our rep from Turbo Tax, was a postponement of the audit, but once you are chosen (for an audit) you can never be “unchosen.” I wanted to get it over with, rather than postpone the worry, so I spent 12 days, working about four hours every night after the business was closed, organizing and copying the documents to send. When I was done, I had the equivalent of a banker’s box filled with copies of receipts and paperwork from my husband’s business. I shipped it all off to Sacramento, for our rep to comb through it, before she shipped it off to the IRS auditor.

That, though, was just the first request.

In December, the IRS requested copies of every single deposit slip for both our business and our personal bank accounts. Our representative was savvy. She made the IRS subpoena the records directly from our banks so that the IRS would assume the monetary burden of all those copies. This all took months. The next “request” came in the form of a visit to our shop.

Around May 2014, the IRS demanded the electronic version of our books, which for us meant our QuickBooks file. They cited the IRS Code that gave them the right to the file. I had already spent so much time and money providing hard copies, and my version of QuickBooks did not allow me to isolate one year of data, so I was facing handing over almost 20 years of my husband’s business information. To add insult to injury, the news during this period was full of the Head of the IRS, Lois Lerner “pleading the fifth” in response to every question from a Congressional Committee regarding the targeting of non-profit organizations. If only I had lost all my electronic information just as the IRS had so conveniently lost Lerner's emails .

The intrusion into the preceding 20 years of our lives was prevented only by the fact that our Turbo Tax Rep had a version of QuickBooks that allowed us to extract only the year of data that the IRS had requested. I counted the small blessings.

Meanwhile, during this first year of the audit, my husband was in and out of the hospital with pneumonia. I would hear from our rep about once a month even if it was just to say that she hadn’t received any response. Then, in early 2015, a year and a half after that first letter arrived, the IRS auditor started asking numerous questions about checks that we had written on the business account for deposit into our personal bank account. My explanation was simple. My husband was giving me money to run our household. He called it “owner’s draw” in our QuickBooks accounting, and I called it “household expenses” in our personal accounting. It was not a lot of money and it was documented perfectly. The IRS’s so-called forensic accountant seemed to have a problem with it, but he didn’t try to explain why.

In June 2015, after we had answered all of their questions related to our deposits, the next round of written requests came in the mail. They wanted to open up our books for 2013 and start an audit on that year.

Through tears of anger and fear, I exclaimed to Susie, “…for crying out loud, by the time they’re done with this audit, my husband will be dead!”

You see, my husband was now in a hospital again, 200 miles from home, suffering complications from the radiation. Between all of the commuting to visit him and keeping the doors open on the business, I was thoroughly sleep-deprived and constantly anxious.

So, acting on the advice of our Turbo Tax rep, I wrote a letter to the IRS auditor to explain what I was going through taking care of my husband and what an additional hardship this audit was creating for me. I attached letters from three of our doctors who, at my request, wrote to confirm the severity of my husband’s illness. I respectfully asked the IRS to drop the request to audit us for 2013. After another month of waiting, I received an official response that said they were only going to audit deposits for that year and they would not open the rest of the books. They subpoenaed the records directly from our banks, just as they had done for the year before.

By late September, 2015, my husband was in hospice care. He died the following month, and just two days later, on October 28, 2015, the audit report, so very thick and so very indifferent, arrived.

Benjamin Franklin’s famous quote, “nothing can be said to be certain except death and taxes,” held a gut-wrenching power for me on that day. Surely it had never been more powerfully or more physically manifest.

The audit, dozens of pages long, detailed everything that they had looked at. As a result, the IRS demanded an additional payment, including added interest and penalties, of around $8,000. I had until November 10th – 12 days from receiving the report and 14 from my husband’s last breath - to either accept or appeal the findings.

Looking back through that report today, I wish I had appealed it. I could have taken issue with several items they outlined. They were accusing my husband of misrepresenting his business income. They were wrong. And I feel SO angry about that now.

But at the time, I was defenseless, both emotionally and financially. If I had appealed it, I would have had to hire an expensive lawyer. Worse for me in the state that I was in was the fact that I would lose more months of my life to it. And, in my grief, I didn’t have it in me. I needed to be done with it. So, I signed the report, and by March of 2016, I received an official bill from the IRS for the additional tax money I owed, with penalty and interest.

In the end, I paid it by writing a zero-interest credit-card check to the IRS. I’m still paying it off.

Ultimately, I closed the business. I knew I could never properly mourn my husband’s death until I put the whole thing behind me. I’m still wounded by it. I’m angry and bitter about the IRS audit. I feel as if they enjoyed kicking us while we were down. Every time tax time rolls around, I feel that bitterness and anger all over again, mostly because I have to pay someone else to do my taxes when I know that what I’m really paying for is peace of mind.

The IRS had claimed that the purpose of my audit was “to improve our tax system”. I wonder if it did.

My experience of the IRS has brought me here to TRI, and here to you. I hope that by sharing our stories with each other in a grassroots support community, people who were made, in effect, victims of a tax enforcement system that was either unaware or uncaring of its human impact, can draw strength from each other and work toward change.